One of my favourite topics to talk about, but yeah… I thought I’d make one last thread here and put the issue to rest now.

The problem of Inceldom is ultimately a problem of social status. Even after sex robots become affordable, fully functional and visually appealing, there will still be a strong social hierarchy and incels will still be at the bottom of it… and while they might find relief from their loneliness and sexual frustration, society will still heavily frown upon them.

None of this is new of course, as every civilization has had its own unique underclass since the dawn of man.

That’s probably why you never tend to see many rich and famous incels… or incels who own property / run their own businesses… etc.

That doesn’t stop you from having fun adventures with the robot girlfriend of your dreams of course… but unless you just want to have a bland, predictable, off-the-shelf experience like the everybody else… then you’re gonna need a fuckton of imagination, creativity and also technical skills in order to customize them to suit your needs… or just a lot of money.

Also note that even if robots become fully indistinguishable from humans to the point of being able to bleed, breathe, drink, eat the way we do… people will still largely take the technology for granted, just as we take the internet and smartphones for granted (your smartphone is 1000x more powerful than the computer that put man on the moon… but who gives a shit, right?).

So yeah… nothing worth having is easily obtainable. In a world full of sex robots, people will simply compete over whose model is the prettiest/most advanced/most realistic.

Sooner or later you’ll realize that everything in life is just one massive competition, and you can’t bail your way out of it no matter what.

Mom and dad was right. You have to work hard to get what you want out of life.

There will never be a shortcut to happiness… if anything, the shortcuts will lead to even bumpier roads. (And for some people this could be rather fun…)

you must be the worst kind of loser there is to even buy a sex doll like wtf man that shit is fucking pathetic… at the end of the day you are having sex with a plastic blow up bitch. Soon after you’re done nutting in that lifeless hoe, you will come to your senses, go to the bathroom to wash your dick, then look in the mirror and ask that pathetic faggot you see “how did you end up like this”

does no one like the feeling of a tight wet vagina anymore?

I think it’s more about validation and companionship. An incel with a girlfriend is going to be happier even if he’s still a loser. Competition among men is motivated primarily for getting women.

“if a man could fuck a woman in a cardboard box, he wouldn’t buy a house.” 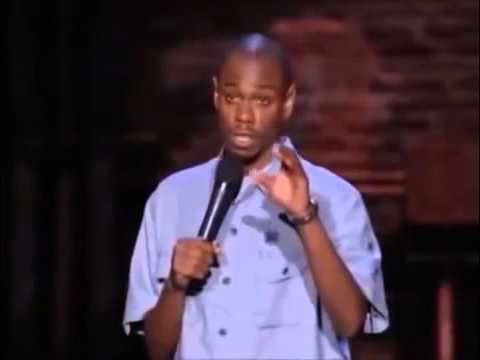 That’s me every day already. Bring in the lifeless whores!

Theyre not going to be allowed anyways.

Human beings are corrupt and a virus, embrace being replaced! (By robots not third-worlders I mean. Being replaced by third-worlders is a step in the wrong direction.) Also I believe a small fraction of full humans (like a legacy of 10%) should remain after the cyborgization of the human race. Also it is unwise for humans to be turned into full bots. The soul interaction with full bots is unknown. Best to keep it limited to only cyborgs.

I’d never sink loads of money into a car (and who knows what else) for the sole purpose of “impressing” some skank.

Either a female is interested in the man himself, or the man seeks prostitution. Anything else is low IQ normie shit.

Anything else is low IQ normie shit.

Which is also why the world is shit.

The technology to make fully functional real human like androids is a hundred years away at the minimum, before that post-modern technological civilization will have already collapsed due to a shortage of natural resources to facilitate energy where of course that’s if a new world war hasn’t already transpired first in a thermonuclear exchange that destroys all life on the planet as we know it.

Yeah, what does it say about human beings that they can’t get along with each other so very much hating one another that we become forced to create artificial surrogates for ourselves in social interaction instead? Something seems fucked up right there.

There are actually feminists petitioning that if artificial intelligent female companions are ever created they be entitled to human rights and have some semblance of emancipation like human women. I wish that I was joking but I’m not.

They don’t want men they view as lessers to ever be happy or content.

That’s how I feel too. Do they think it makes males more productive? That has a limit, and it’s not a very flexible one. What we’re seeing now, as females so readily complain about, is record numbers of men not doing much of anything at all. When men become unhappy enough, all that results is rebellion and destruction of the system. If every male stopped working right now, civilization collapse would occur within days, possibly within hours. They claim our society serves the interests of men, yet it is females that will suffer to a greater extent if society collapses. Doesn’t seem very consistent to me.

This is all a game and men are figuring out the best move to defeat the system is to starve it until it collapses and forces females back into submission where they belong. Such a strategy will also only work if we are in fact correct about female nature and their dependence on and exploitation of males/the system. Certainly, this period of history can never be forgotten and should serve as a lesson that the very real scourge of feminism (as opposed to the false devil of “the patriarchy”) must never rise again.

As the young redpilled & blackkpilled males of today continue to “replace” the old cucky bluepilled males, the process of degradation towards an impending collapse will accelerate.

I think it is interesting that both the political left and right are freaking out about men withdrawing from society in record numbers becoming frantically hysterical about it where we men in the incel community know exactly why it is happening all too easily. However, nobody within the political left or right wants to discuss female privilege along with prevailing over -zealousness and this is just going to keep on escalating within society until it boils over spilling out into all segments where it can no longer be ignored any longer.

Reading Aristophanes we’re told of a story about Lysistrata persuading women to withhold sex as a means of pursuing peace with a warring city state faction, ironically thousands of years later into the post modern era we see men instead under a similar conundrum.

I don’t think men are dropping out on classical societal things like marriage because they want too. I think men are ■■■■■■ hard, most work jobs like uber, pizza delivery, warehousing, amazon delivery, and just come home and play vidya and orbit the shit out of females on discord.

It’s half to do with a collapsing economy and wages in general where the other half has to do with the hysterics of radical feminism. Put together it is the perfect storm and recipe for the downfall of any society.

Some of them are low T, low IQ, and likely are content doing that until the end of time.

But eventually, they become redpilled, even blackkpilled. All it takes is for them to see the right Youtube comment, or some other recommendation. And it can take them on a trip to Hatemaxxing and Blackkpill.

Doubt. Most men have strong feelings of protection towards women since they grew up with sisters and were raised in a single mom home where they couldnt see how women manipulate men.

I have a Cuckservative father with a somewhat dominant mother, and 3 younger sisters, no brothers. 90% of my upbringing was influenced by my mother, at least. She is basically head of the household. The other 10% was playing video games or watching movies with my dad in the basement / man cave. My parents never divorced, and evidently still have sex to this day.

I’m still as blackkpilled as the 90s kids come.

Arent you an aspie? Trust me dude. Hang around a NT guy who was raised by a single mom and sisters and say anything negative about women. He will get violent if hes a thug type and if hes a ■■■ he will spread rumors that youre a stalker/creep around the workplace youre at.